What changes will be made and why they would make a better Orfeo ToolBox?

The purpose of this RFC is to present and discuss integration of vector-data and underlying features in Monteverdi and OTB-Ice.

Monteverdi does not provide any support of vector-data. However, this was anticipated when designing mvd::StackedLayerModel containing mvd::AbstractLayerModel which is a base class of mvd::VectorImageModel and could also be used as a base class for future mvd::VectorDataModel.

Monteverdi should be able to load and display vector-data files supported by OGR and OTB. Basically, Monteverdi may provide a way to edit basic rendering attributes of vector-data.

Monteverdi should provide a user interface to:

These attributes could be reworked such as:

Vector-data editing consists in editing the rendering attributes via the Monteverdi user interface. Such as for image information, they could be added as some more columns of the layer-stack. This solution would loose lots of (widget) screen space by displaying empty cells: vector-data attributes in image rows; image information in vector-data rows.

This point leads to discuss the design of which information (image/pixel, vector-data rendering attributes, common information) is displayed, accessed or edited via the layer-stack. Moreover, in order to keep the layer-stack extensible (and keep complexity and maintenance low), specific information should be kept aside. Especially if some more data type would need to be supported by Monteverdi in the future.

To sum up: which information is relevant to be kept in the layer-stack and which one should go into specific widgets?

More general question: does Monteverdi need a generic but more complex attribute key/value editor widget (based on QTreeView) such as the one in Qt designer? 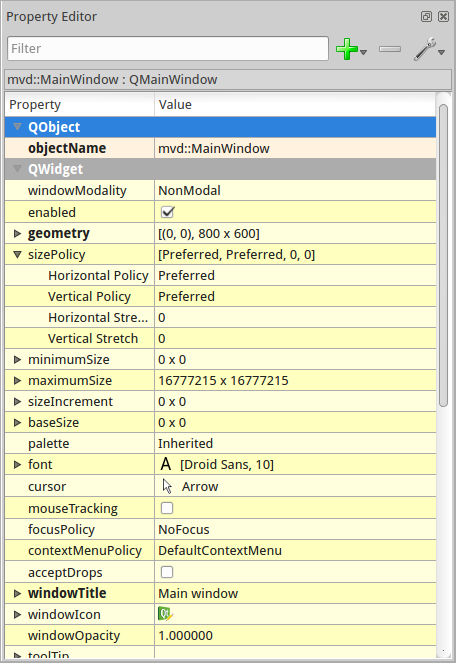 When will those changes be available (target release or date)?

Who will be developing the proposed changes?