The Processing chain can be divided in following steps :

A Binary mask can be used as support mask for connected component segmentation. Each pixel, which value is different from 0 is taken into account in segmentation step. If no mask given, the whole image is processed. Support Mask can be given by different ways.

Mu parser based filter : MaskMuParserFilter is dedicated to the mask creation.

The equation is applied for each pixel image taken individually.

Connected component segmentation is based on itk class ConnectedComponentImageFilter. This filter needs a functor to define adjacent connected condition. A muParser test expression is used.

Connected Component output is is then relabeled, discarding too small objects. Eliminating too small objects at this step is needed to lighten further computation. minsize parameter determines the minimum object area. This new label image image is then transfomed into labelmap and each label object is characterized by shape and statistical attributes.

Labeled image is, then, transformed to labelmap (label map adjacency in order to include fusion step in further developments). Each object is characterized by shape and radiometric attributes.

In OBIA post processing step, object attributes are exploited to construct acception criteria based on MuParser functor for example "SHAPE_Elongation>3" for rejecting object with elongation below '3'

Please note that this framework is still in development. We would be glad to receive feedbacks on these tools. 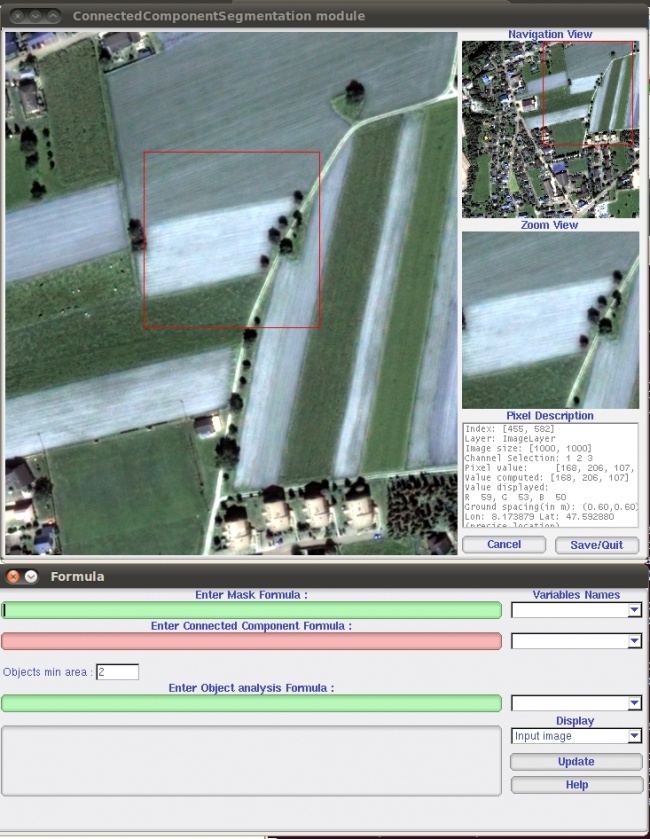 First user had to enter formulas :

Each formula is check in live, if formula is correct the background is colored in green, in red otherwise. In order to help user, all available variables are displayed on the right. 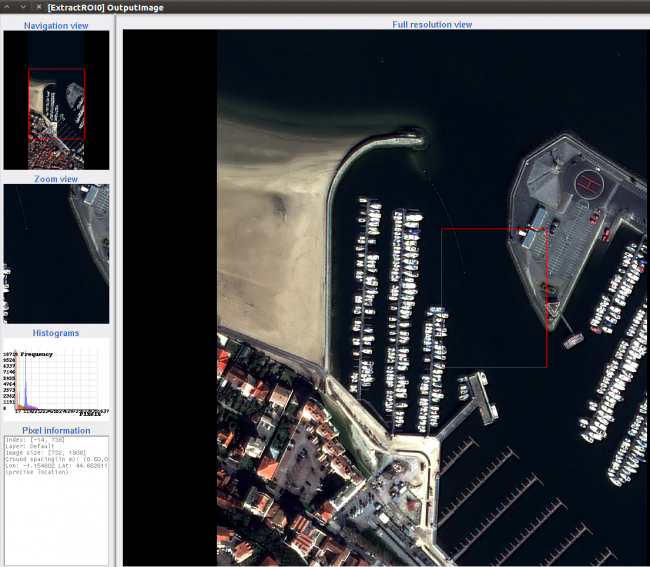 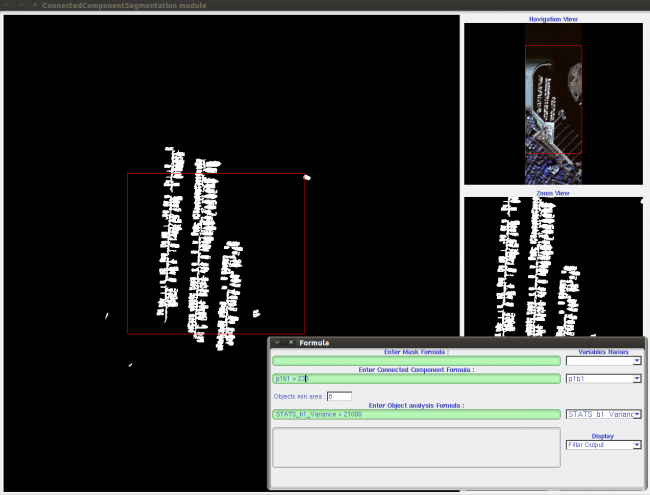 In this example we want to detect plain round area like silo in multi band image. 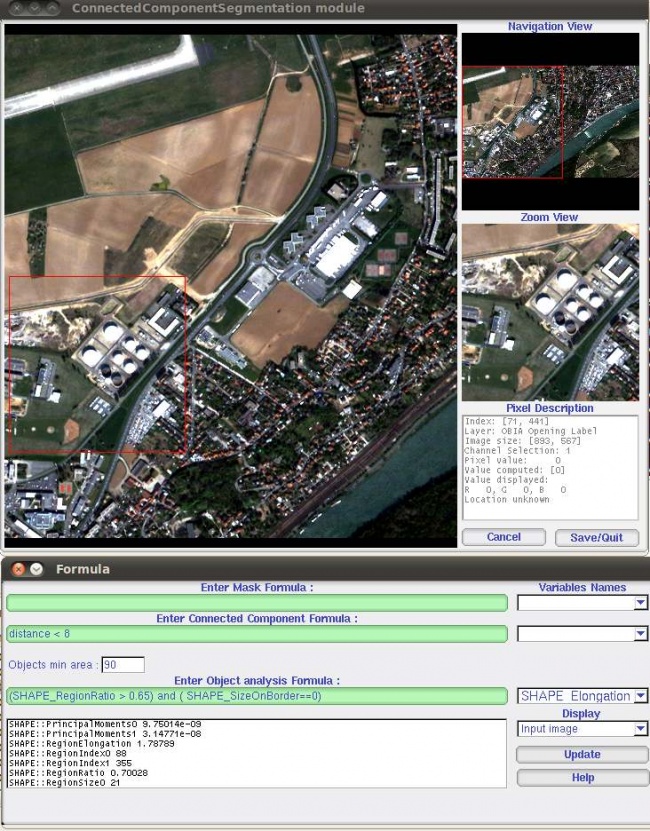 Then we reject small objects (pixel size below 90).

The temporary output after filtering and small objects rejection is presented below : 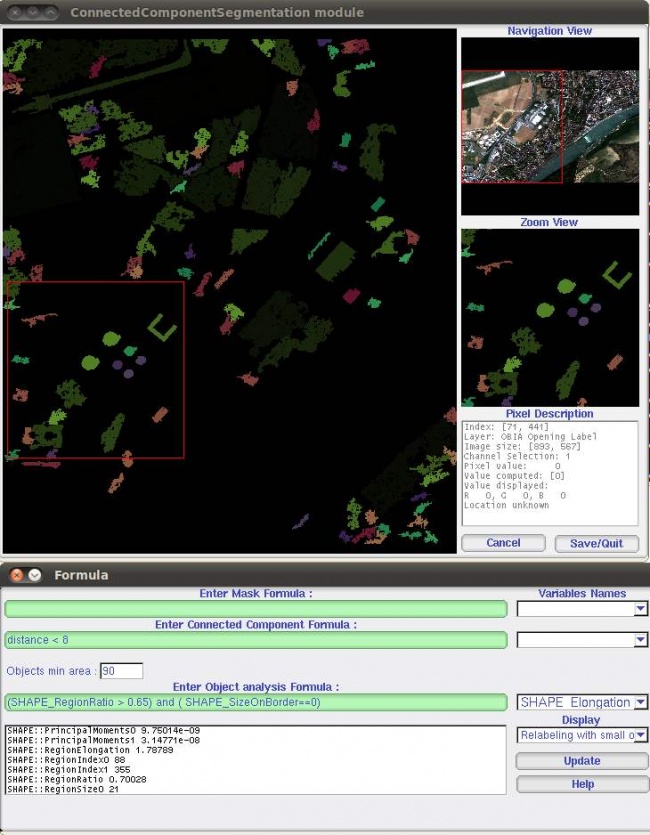 Finally we want to keep only round objects :

We use this object analysis formula :

The first term characterize the roundness of the object, the second eliminate object on the border of image, which have bad characteristics. 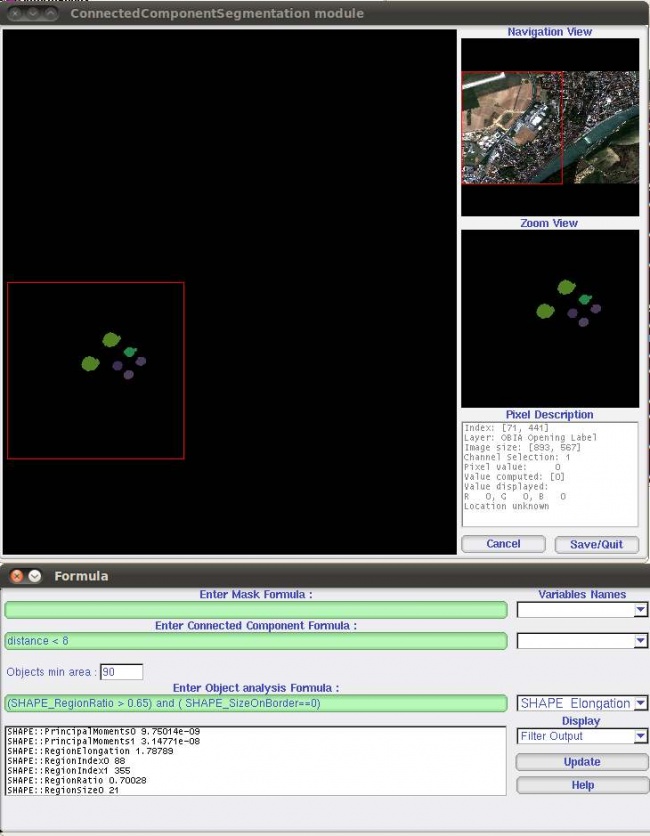 The Vectorized data projected on image is depicted in blue : 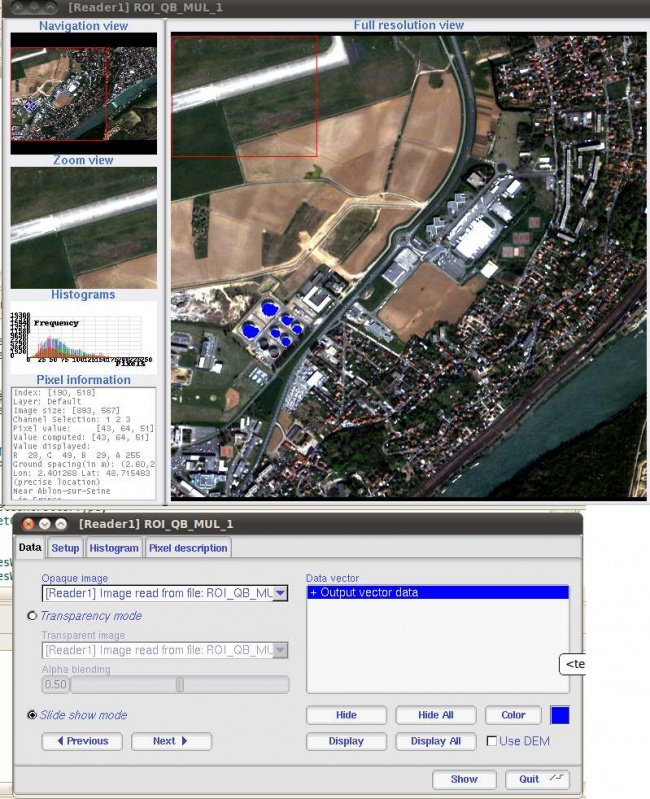 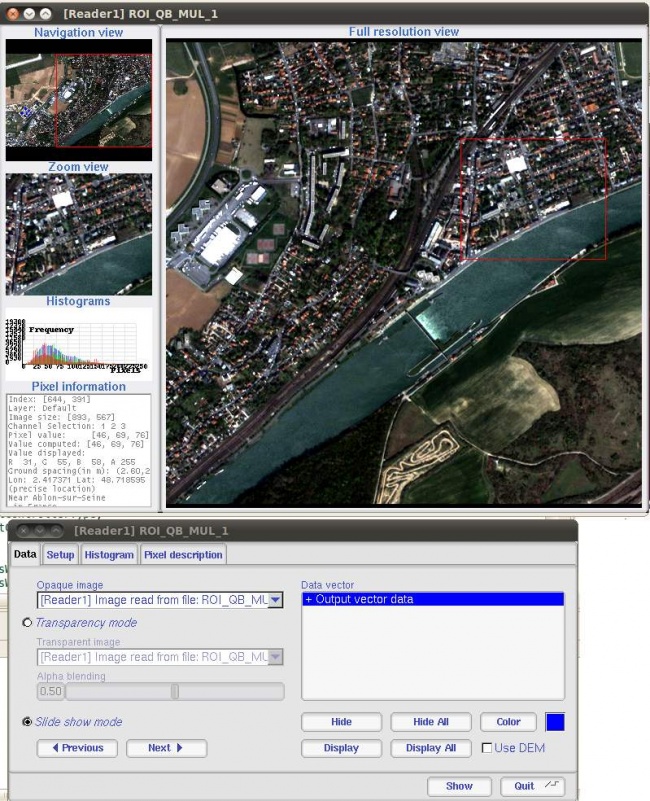